Stereotypes are a problem.  We all use them.  We learn one thing about a person 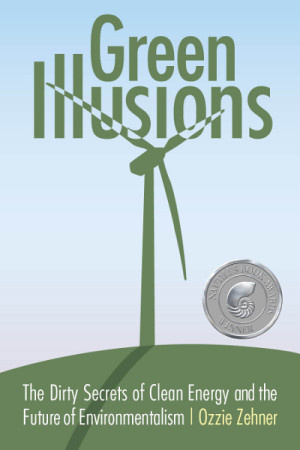 and then we fill in the details about who they are and what they think.  Stereotypes give us a shortcut to understanding, but they are misleading.  Nowhere is this truer than in terms of environmentalists.

I would be happy to be called an environmentalist.  But I know that is misleading to many people.  This is clear from the reaction to my blog posts.  After a post on climate change one comment suggested that I had been duped by Al Gore.  The stereotype:  if you are concerned about climate change you must be under the thrall of Gore’s propaganda.  The fact is I haven’t read anything Al Gore has to say about climate change and I never saw his movie, An Inconvenient Truth.  I guess I meant to, but I never quite got around to it.  I had been reading and teaching about climate change long before Al Gore took up the cause, so I did not need him for inspiration.  Another post on alternative energy compelled someone to suggest that I drive off in my Tesla.  Here too the stereotype was off target. I don’t think electric vehicles of any type, and particularly not Teslas, are part of our energy or environmental solutions.  They appear to me to be technologies of interest to entrepreneurs who are more interested in financial gain than in the quality of the environment.

One good way to understand how stereotypes about environmentalism are problematic is a book by Ozzie Zehner — Green Illusions: The Dirty Secrets of Clean Energy and the Future of Environmentalism.  In the first part of the book, Zehner reviews the growth of so-called Green Energy or Clean Energy technologies.  Environmentalists are supposed to love these technologies; that is part of the stereotype.  What he makes clear is that all forms of energy have adverse effects and that calling any of these new sources clean is misleading.  The message is one that makes sense to me; I have questioned the way we in Maine use the term renewable energy to pursue policies that are environmentally damaging.   Biofuels, wind power, photovoltaics, and carbon sequestration are all put under the microscope in Green Illusions and most come up wanting.

The popular appeal of green energy, which we see swirling around the international climate conference in Paris, is that all of us can continue business as usual.  Some simple technological solution will let us continue to lead our lives without any change.  This feeling is tinged with the often unstated conspiracy theory that corporate or government bigwigs are hiding solutions from us to preserve their short-term financial interests.  If we can just unleash the new technologies there is a straight and easy path to new energy that is abundant, cheap, and clean.

Zehner makes clear that environmentalism, the desire for humans to live such that we preserve the integrity of natural systems on the planet and provide fulfilling lives for over 7 billion people, is not about technological panaceas that let us maintain business as usual.  A healthy future will require much more from us than shifting from fossil fuels to the chimera of clean energy.  It will require that we change in fundamental ways how we live on the planet.

New technology may be a part of solving environmental problems, but it will not be the most important part.  Zehner says, “The ‘energy crisis’ is more cultural than technological in nature and the failure to recognize this has led to policies that have brought us no closer to an alternative-energy future today than we were in the 1960s when the notion was first envisaged.”  Cultural change is hard, so we avoid it if we can.

In the 1980s, sociologists tried to develop a means of measuring how pro-environmental people were.  One of the most widely used of these metrics was something called the New Ecological Paradigm scale (NEP).  The idea was that we could measure someone’s pro-environmentalism based on the extent to which they agreed with 15 statements about the environment.  Some of my colleagues and I tried to use this measure to see whether different kinds of university classes changed the values of undergraduate students.  It turned out that this NEP scale may have been just one other way of stereotyping environmentalists. It appears to not be particularly reliable at measuring values from group to group.

For me, the lesson of all of this is to beware of individuals, groups, or companies who tell me that what they are doing is green or sustainable.  I have seen too much greenwashing, using claims of environmental responsibility just to continue business as usual.  I believe we are not going to consume our way to sustainability.  In that, I am more of an environmentalist like Zehner.  Business as usual will not be an option in the future and the sooner we get around to understanding that the better that future will be for all of us.

I am proud to be a Mainer, born in Caribou and schooled at Brewer High School, Bowdoin College, and the University of Maine. I am grateful for a 35 year career at UMaine, the last decade in the School of Economics.